Facebook is right now one of the largest social networking sites that exist on the Internet. This site went to another level beyond imagination when it decided to go to online advertising. It is astonishing to even think about it. It started as a social networking site and later became more than that.

Facebook Advertising has changed online marketing, and it has become a crucial part of the whole business sector. In my previous articles, I went in-depth about Facebook Advertising’s evolution and the benefits and disadvantages.

I mentioned the AI using consumer’s personal information, but I didn’t go in-depth about it. Here I will talk about how this revolutionary thing crossed the limit and became creepy and how consumers are reacting to it.

Let me tell you an exciting story. There is a photographer named Carl Mazur in Utah. He was shocked when an advertisement for Rokinon camera lenses pop up on his Facebook timeline. His chiropractor mentioned the brand to him a little while ago before the ad popped up on Facebook.

He heard stories that the algorithm of Facebook Ads works mesmerizing way. It understands conversations through the mics on phones to understand the consumers’ needs and deliver the exact ads.

Because if Mazur searched it on Facebook, then it would have been okay. But he didn’t even dig it!

You might be guessing that this small issue won’t hurt Facebook. Well, it won’t hurt them right now because Facebook has almost 2,38 billion users. But in the future, the users will look at this social network differently because of its eavesdropping conspiracy.

People would stop using Facebook less than usual because they would be worried about Facebook listening to their conversations. It will hurt their advertising revenue, which was around 55 billion US dollars last year.

Let me tell you another incident. There’s a food blogger named Dan Nosowitz scrolling through their Instagram feed, and he saw an advertisement. He saw an ad for a cooking device whose function was to heat cheese.

I don’t need to give many examples of people outside Asia. Let me tell you a bad experience with my friend. I am hiding her name and picture because of identity protection. She often sees these inappropriate advertisements from Daraz, and she does not have any idea why. Then she realized that she sometimes likes memes that are adult-ish. It made her feel uncomfortable because she realized that she is being watched maybe.

Those ads regularly come on her feed, and she feels uneasy about this. Perhaps the consumer awareness of targeted ads isn’t reaching its peak yet like the USA and the European countries, but it will arrive at its peak soon.

Perhaps people here already realizing it, and the majority of people are getting annoyed by pop-up advertisements. humor Nowadays, Facebook ads are getting way more obnoxious and intrusive, and even more persuasive.

This is a general statement from the Internet, and I agree with it. Besides creepy remarketing stalks, these pop-ups advertisements interrupt the browsing experience badly at every turn. These days you can hardly watch a full video on Facebook or read an article without going through many ads.

This is why digital advertising doesn’t have a good reputation the way it used to.

Still, 83% of people think that not all advertisements are bad, but they want to filter out the weird ones. Here’s another fun fact. 77% of people are somewhat happy with the ads, but they wish they can filter out instead of completely block the ads. This number tells you that people are okay with ads. It is they hate bad ads. 91% of people think that ads these days are more intrusive than a few years ago. But 79% of users believe that retargeted advertisements track them.

Look, some of us do find outstanding and new products thanks to this marketing system, but in the end, it just feels unsafe to know we are being watched.

Businesses have been benefited from this algorithm for a long time, and it will continue to do. But it is also ruining their image.

Recently ad blockers have become a crucial part of online users. According to Ad-block Plus, more than 500 million people downloaded this software, and one report says that 198 million people regularly use this app. By this number, you can guess that people are annoyed with recent obnoxious ads, and they are creeped out.

Ad-block has made a significant impact on economics. You will be surprised to know that in 2015, publishers lost almost 22 billion US dollars to ad-blocking software. Publishers lost more than $22 billion in the last year. Let me tell you another number.

A fraction of these ad block users are in the USA and Europe, but many are in Asia. A report says 83% of people would love to have an ad-blocking option on mobile phones.

This is a scary thing for companies who are spending on Facebook ads. Let me give you one by one reason why people use these ad blockers.

Most of you can guess, but with the stats, you will be even more find this interesting.

But generally, we all are somewhat fearful of Facebook using our private information. • 18% of people all over the world do not like contributing to a business at all. They think it is wrong to make money off by using their personal information for which they spend money (browsing).

These numbers tell a different story. Marketers work hard to make sure consumers enjoy their content so that they don’t get creeped out.

Even a professor at Harvard Business School (HBS) named John said that it would be interesting to see how firms responded in this age of increasing transparency. He even mentioned third-party data-sharing subjects.

It plays a big part in the behaviorally targeted promotion. But here’s the thing, if companies disclose their targeting methods to the consumers, like suggesting goods according to the items they have selected in the past, they wouldn’t mind.

They would purchase all the same. And their research also suggested that if consumers trust their business where those advertisements are displayed, they may even click the ads more and buy.

How can Marketers solve the creepiness issue?

These researchers did a test on several subjects and gave them a ‘transparency score.’ The higher the score, the more acceptable the ad-targeting method.

The test showed that consumers who found the advertisement method proper would buy more products from that company than those who find the ad method unacceptable. The researchers also tested consumers who distrust Facebook would be less likely to accept the advertisements. They found it right, and even shockingly, the reverse of it is true.

People who trust Facebook are more likely to engage with ads.

But the problem is that if people find out that companies use their personal information to show ads, it creeps them out, which I explained broadly.

But, if companies manage to gain consumers’ trust and be honest with them at the beginning, they probably will not be freaked out about this.

In fact, by gaining confidence, the business can get even more clicks and purchases. 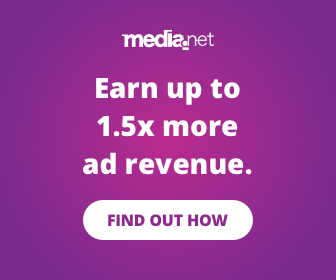 If the companies’ pages showed texts like “recommended based on your clicks on our site,” they would be more likely to get clicks.

The users will buy even more products from that page than they used to. Facebook can bring a solution to this in the future, but right now, being honest and gaining consumers’ trust can stop customers from being creeped out.

Save up to 86% on Domain & Shared Hosting bundle

This post contains affiliate links. If you click through a link and make a purchase, it will earn me a small commission, at no additional cost to you! See our disclaimer for details.